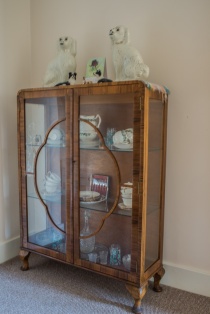 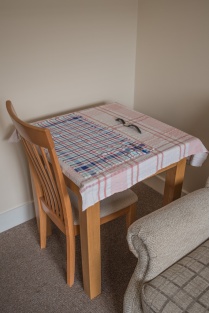 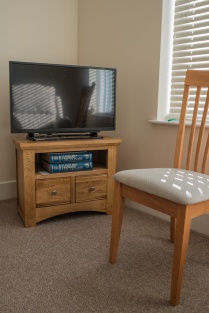 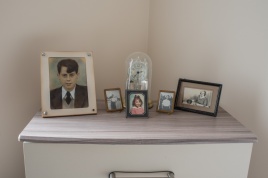 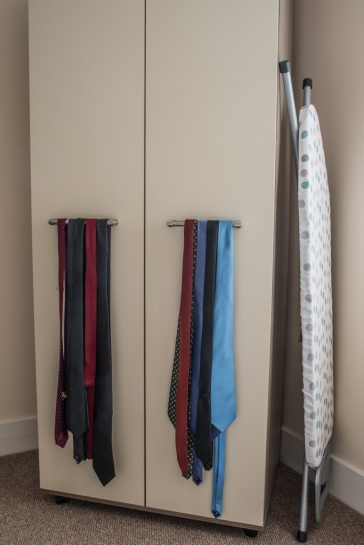 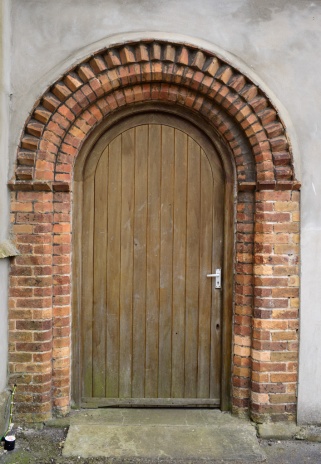 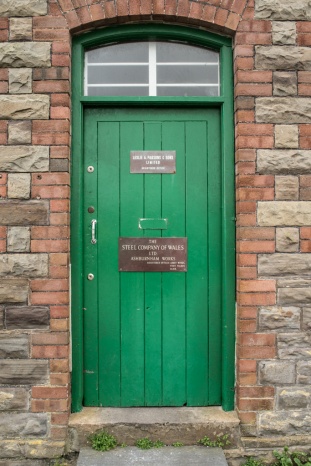 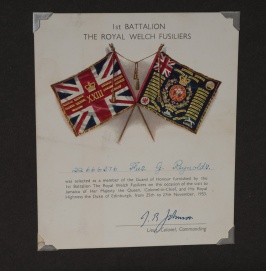 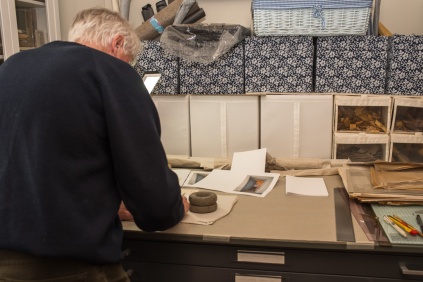 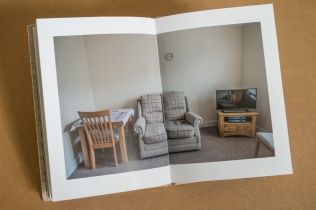 Gordon is an octogenarian gentleman who has lived and worked in Burry Port all his life. He was born in a two-bedroomed terrace house, which he shared with his parents and grandparents. In 1939, aged five, he moved with his parents, into a three-bedroomed council house on the same street and attended the Copperworks School in Morlan Terrace in an adjacent street.

Gordon impressed me as a very smart and presentable man with a very well tended garden and tidy house. Everyone in the street knew him and enjoyed a regular chat. In 2015 Gordon moved into Plas Y Mor care home, due to his failing health following several days in hospital.

I had been conducting a university photo project at the care home, and went to see him on one of my visits to discuss my project concept, which was to record his life with my photography. I was immediately impressed with the neatness and simple nature of his apartment, which may be an influence from his time in the Army during National Service.

We live an era that seems to define the current generation by our rapid transition through homes and jobs, this cannot be said of Gordon who had lived in the same house for 76 years. In November 2013, Alex Johnson wrote an article for the Independent, in which he reported that 25% of people have lived in 10 or more homes during their lives and most people have moved home six times before they are 45 years old. He also reported that 67% of those people living in Wales have lived in the same place for more than 15 years. When I met and talked with Gordon I was intrigued to discover that he had only lived an independent life in one house, where he had outlived his parents. Gordon has never married and has no siblings. I wanted to examine how our two lives compared and to record his life as a single person and to respectfully consider and represent his home-life, work-life and schooling with my photography.

At the age of 69, when I look at my life, I have lived independently in 10 homes to-date and have held employed and self-employed positions too numerous to list here. My career has taken me around the world and I’ve lived in homes across the UK and have now graduated from University. Although Gordon and I have lived totally different lives we still share a common awareness of the times in the 1960s and ‘70s and we were able to laugh at similar boyhood pranks and observations.

Gordon was determined not to follow his father, Gwyn, into the local coalmine and instead joined a tinning factory in Burry Port on leaving school until he was called-up for National Service in 1952 where he saw action in Belize and Jamaica. On his return home following ‘demob’, the tinning factory had closed-down and Gordon went to work at the Carmarthen Bay Power Generation Plant until that too closed at which point he took-on several local jobs until retirement. This work aspires to capture and communicate an essence of Gordon’s domestic and working life and to be a representation of a senior citizen in Burry Port.

On one of my early shoots with Gordon I took a photo of him relaxing in his chair in the sunlight, which I have used as my (heavily cropped) banner image. I printed and framed this image for Gordon and gave it to him as in a way of saying “thank you”. A couple of weeks later I returned to his apartment to continue shooting and noticed that he had displayed my photo of him and added three of his significant family photographs, this suggested that my interest in Gordon had stirred an interest in himself and his family.

The book ‘The Day to Day Life of Albert Hastings‘ by KayLynn Deveney has greatly influenced my project. This book is a very intimate, yet respectful and well-humored set of images on the life of an elderly Newport gentleman. KayLynn has managed to capture the personality and character of this man without seeming to be intrusive, a skill I strive to emulate with my project.

On completion of my photo project I produced a PhotoBook with the support, guidance and materials of a local bookbinder and book restorer, Lin, to whom I am most grateful.