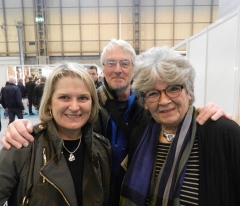 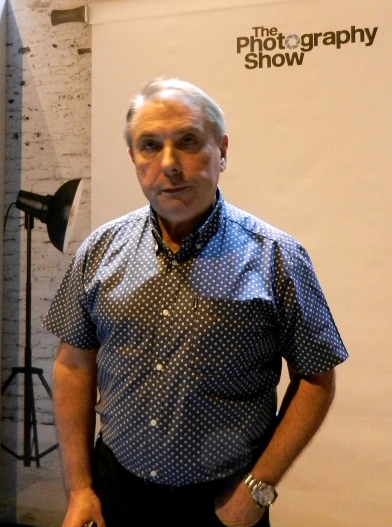 I attended The Photography Show at the NEC, Birmingham with my fellow students from University. We all had our own objectives for visiting the show and many had booked to see Alec Soth – I had booked tickets to see Alec Soth at the Photo London show in May so decided to look-up Tom Stoddart, the Documentary Photographer, and attend his seminar.

Stoddart said that he had been working as a freelance news photographer for about 46 years and had covered many conflicts and disasters around the world during this time to produce photo images. What I found most illuminating and informative, as a student of Documentary Photography, were his sound bites and his insights into the world of Reportage. His comment of “I shoot to people’s eyes. I like to get to know people” gave us a great insight into his character and approach to his art. Stoddart emphasised that it was important to gain an understanding of the situation and said that “I have to be involved in the image” but described that his role was to report and record a situation, not to resolve it. He said that it was important to “get in, make the moment and leave” (perhaps with an homage to HCB).

Stoddart also included a few amusing anecdotes such as that it’s “better to be lucky than good” as a photographer and “good photographers have dirty knees” they have to “get down and get dirty”. To be a good photographer the “camera has to be a part of you”.

During his presentation Stoddart showed an image of British Marines deployed on a river delta. The boat ahead had been attacked and destroyed, killing a Marine. Stoddart got clearly upset at remembering this scene and recounted the Marine’s name.

Probably the most remarkable thing about Stoddart is his capacity to remember the names of the people he has photographed and in several cases he has returned to countries to seek-out his subjects to follow-up on their lives since a conflict or natural disaster.

Perhaps it’s indicative of the times or the interests of today’s photographers, but it was interesting to note that Stoddart’s seminar was about 60% attended whereas the Adobe Photoshop lecture attracted a large, snaking queue of eager participants. The interest seems to be in post-production adjustments and enhancements rather than in-camera composition; Stoddard said that he usually went out with a 50mm lens which assisted him to “be involved in the image”, whereas our industry seems obsessed with zoom lenses, which enable us to remain detached from our subjects.

Stoddart told us how, when shooting on film, he would wrap-up the film, rush to the nearest airport to induce someone in the queue for the UK with a £20 note to post the package on their arrival in the UK. He displayed a photo depicting a rocket tracer tracking across the picture from right to left and the resultant explosion on a target. He explained that on arrival at the developer’s the operator tried to edit-out the ‘scratch’ on the negative!

I took a few snaps with my old Nikon Coolpix during the show, but the camera struggled to cope with the low lighting at Stoddart’s seminar, so he’s a little blurred – sorry.

1 responses to The Photography Show