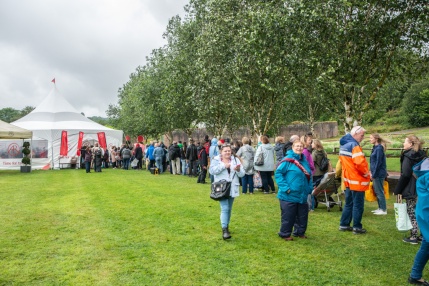 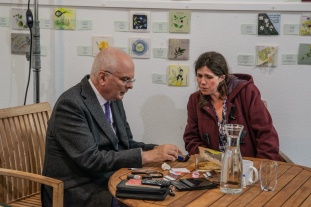 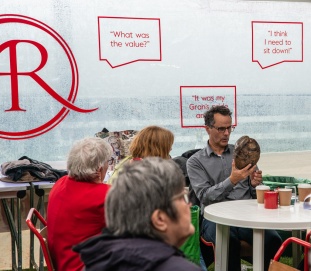 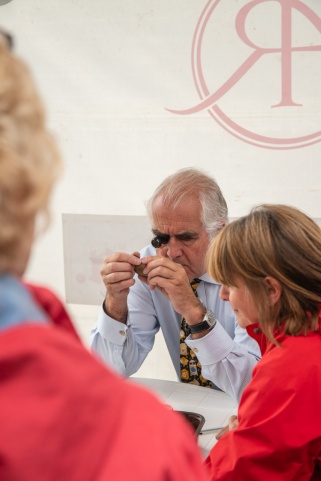 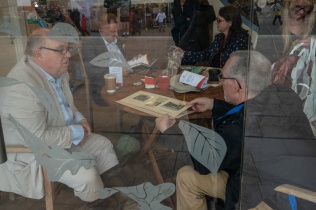 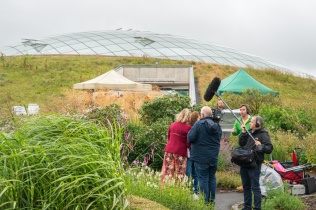 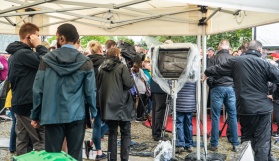 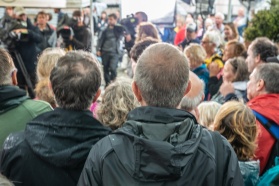 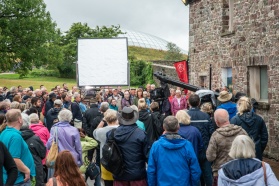 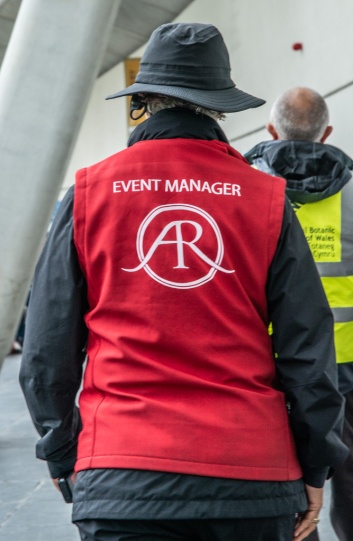 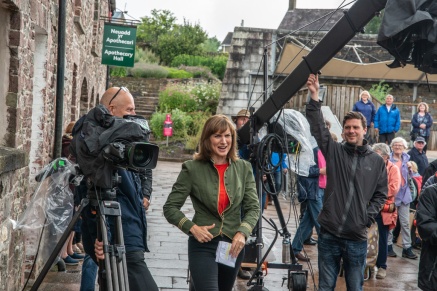 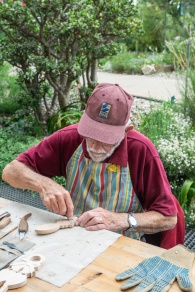 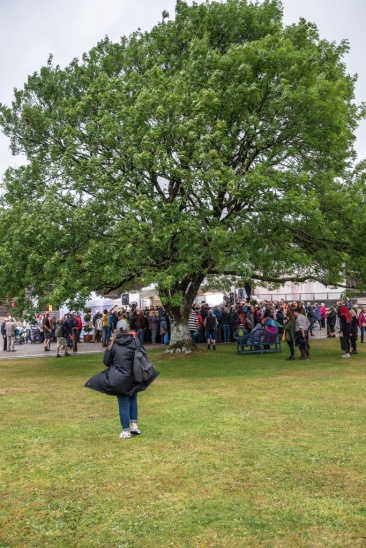 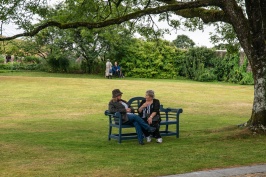 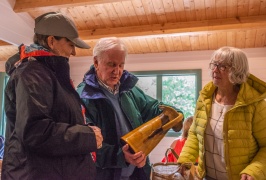 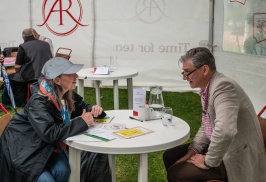 Roz and I visited the BBC Antiques Roadshow at the National Botanic of Garden Wales in Llanarthne, Carmarthenshire. This most popular of BBC programmes has been part of my TV viewing life since the dawn of television in my parents’ home several decades ago and having an opportunity to attend this British institution on my doorstep was not to be missed.

The day started out with heavy rain and wind so we delayed our departure until the weather calmed-down. Although the event was advertised as ‘Free entry’, there was a £5 parking charge, which wasn’t mentioned. As we arrived the heavens opened again with very heavy downpours and strong winds, but the intrepid travellers with their antiques were not to be daunted by a few raindrops and there was a constant stream of package carrying visitors wending their way up the hill to the Dome. I hoped for an air of excited anticipation but there appeared to be just a silent acceptance of interminable queues shuffling along beautiful plant laden pathways to the antiques guru who would uncover a masterpiece and change their financial fortunes. (figs. #2/3)

Also in the Dome were a series of craft stalls and skilled craftspeople eager to talk about their specialist artifacts. (fig. #14) and the wonderful gardens encouraged the visitors to relax and wander and just enjoy the environment. (figs. #15/16)

In addition to the valuation desks in the Dome there were several tented enclosures in the Garden where visitors could obtain valuations of varying genres of antiques with a specialist expert. (figs. #4/5/6/7/8) But everyone had to queue in the rain (fig. #1) and could be seen hugging their bubble-wrapped possessions to protect from the inclement weather.

Attending the filming of a TV programme tends to dispel the romance of the occasion with all the clutter of lighting equipment and camera booms and the plethora of engineers and important looking people with hi-viz jackets and radios. (figs. #9/10/11/12)

I question the motives of some of the visitors who seemed to be gathered around the performance of the BBC’s Fiona Bruce as they hung onto her very word and followed her around like some expectant puppy. (fig. #13)

Probably the highlight of our day was meeting a charming couple with a pair of Welsh pottery jugs (fig. #17) in the rather expensive café located adjacent to the Botanic Gardens entrance. This couple had presented the jugs to an evaluation expert who simply confirmed their original valuation, so no second home in the Maldives for these expectant millionaires. They had been offered the opportunity to be filmed for TV, but were informed they’d have a two-hour wait to which they respectfully declined.

Roz had bought with her the collection of Banksy graffiti art she had accumulated whilst living and working in London. After resisting the temptation to join one of the long, snaking, damp queues, Roz finally located an available expert (fig. #18) at the end of the day who explained the difficulty of valuing anything Banksy due to the Banksy Pest Control who, it seems is reluctant to confirm anything as being a genuine Banksy art. So it’s back to work as usual on Monday for Roz, no fortune to be made here.